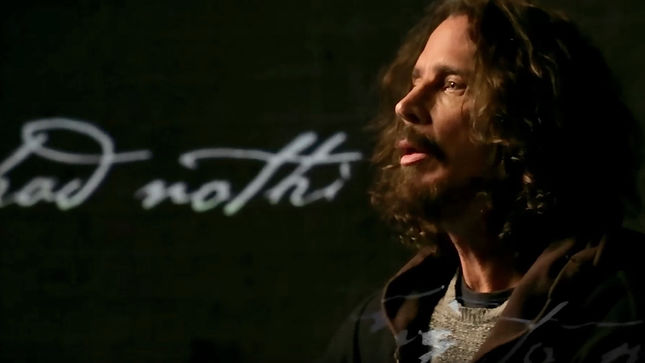 Behind the scenes on Chris’s writing and performance of the theme song for the film The Promise, about the Armenian genocide.

“Per Cornell’s request, the video’s release date has special meaning. Tuesday, June 20th, marks World Refugee Day, an annual commemoration by the United Nations Refugee Agency to spotlight ‘the strength, courage and perseverance of millions of refugees.’ Cornell pledged to donate all proceeds from the song and video to humanitarian aid charity International Rescue Committee.

Oscar-nominated director Evgeny Afineesvky (Cries from Syria), Ross Kemp (Libya’s Migrant Hell) and Armenian photojournalist Nazik Armenakyan (Survivors) were among various filmmakers and charities to donate footage for use in the video.

‘This movie’s a great opportunity to tell a story that needs to be told, to help engage the healing of something that happened at a specific time and place, but it also reminds us that it’s happening now and reminds us what to look for,’ Cornell told Rolling Stone earlier this year. ‘You can see it now in Syria, where you have one regime that is trying to deny any [killing] is happening and you have ISIS on the other side who is targeting a different group and advertising it.”