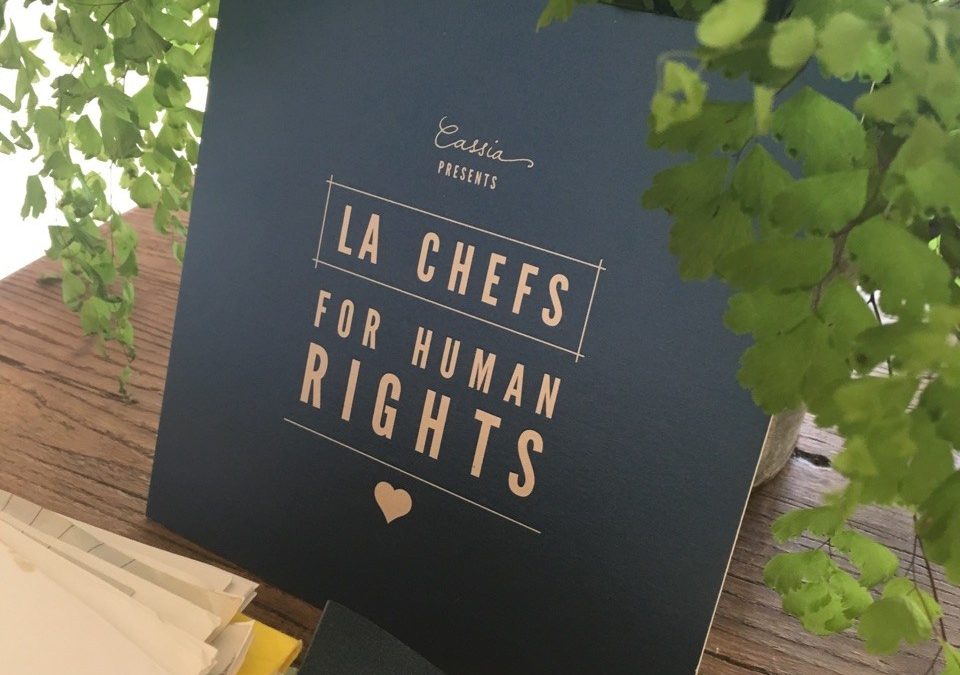 On September 25, 2017, Cassia’s LA Chefs for Human Rights will honor the Chris and Vicky Cornell Foundation with a Human Rights Hero Award.

Cassia Co-Owners Kim Luu-Ng and Chef Bryant Ng will host the second annual LA Chefs for Human Rights (LACHR) fundraising dinner at their acclaimed Southeast Asian brasserie in Santa Monica. Vicky Cornell will accept the award for her ongoing philanthropic endeavors, and on behalf of her late husband Chris,

“Last fall, LA Chefs for Human Rights raised $105,000 for our programs, helping to provide psychological counseling, outpatient health care, legal support, advocacy, and so much more,” says Trip Oldfield, Program for Torture Victims’ Executive Director. “There are roughly 1.3 million torture survivors living in the United States, and this issue is closer to home than many of us think, with around 44% of refugees in the Los Angeles region having suffered from human rights abuses.”

“We’re deeply honored to present this award to Vicky, and celebrate the life-changing work she and Chris have accomplished through their foundation, and which she continues to carry on,” says Kim Luu-Ng, a longtime human rights advocate, lawyer, and PTV Board of Directors member. “Their support of and dedication to Syrian refugee children languishing in refugee camps raises awareness for this ongoing, six-year crisis and provides hope to so many who have lost it.”